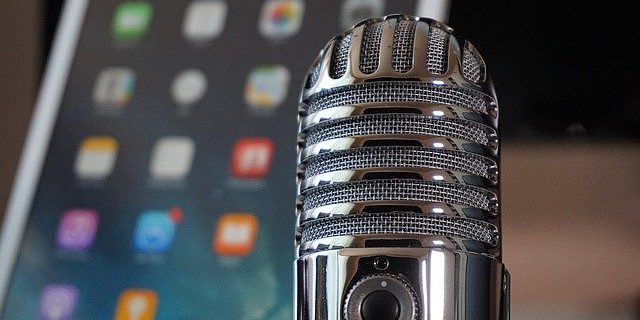 Image by Csaba Nagy from Pixabay

Following on from my previous post on Podcasts, theatres have been quick to get on board with producing podcasts, some those that directly link with the theatre’s current production (great way to engage if you are not able to get to see a production) to those on specific areas of the creative process.

The Royal Court Theatre describes itself as “the writer’s theatre” and their podcast called Royal Court’s Playwright’s Podcast is now in its third series.  Hosted by the playwright Simon Stephens who taught on the Royal Court’s Young Writer’s programme for many years, Simon speaks to a wide range of playwrights, not just those who’s work might be currently produced at the Royal Court; interviewees range from Bola Agbaje (Gone Too Far) and Alice Birch (Anatomy of a Suicide) to Howard Brenton, Enda Walsh and Peter Gill.

The Young Vic’s podcast series Off Book interviews those working at The Young Vic; from Peter Brook talking about his production of Battlefields (February 2016), director Natalie Abrahami on directing and Kwame Kwei-Armah on taking charge at The Young Vic.  This is probably one of the most varied podcast series I subscribe to, the guest list is wide ranging and diverse and I learn something from each one.  Anyone working in theatre or with an interest will find something here.

The National Theatre’s podcasts Backstage is a short series (only 10 podcasts) on a range of topics from Brexit to Epic Fail – special mention to the episode on New Work where Cush Jumbo talks about writing a play which changed her career, and Dame Harriet Walter gender and power.  In addition to Backstage there are a number of other series of podcasts which I found during a random search of my app covering the NT Talks, and 3 series of In Conversation covering well known actors, writers and directors.

Those behind the scenes in theatre can be frequently forgotten; Donmar Warehouse’s Donmar on Design talks to theatre designers, there are also 2 panel discussion events which are on YouTube and can be found through the Donmar website.